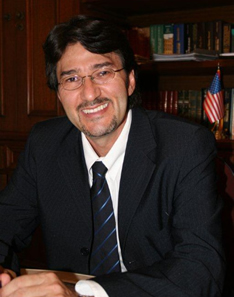 PATCORP, as a formally organized corporation, was a fruit from a project which started to be designed from January 2002 and became a reality in March 2005, when it was finally constituted, aiming at to characterize its main focus not only on the administrative representation of trademark and/or patent registrations or applications with local and/or foreign public organisms, which is an attribution of most existing offices, but notably by concentrating in the creation, maintenance, effective protection and enforcement of industrial property rights, everything to make them become truly valuable tools to increase the businesses of its owners.

Among various highly qualified professionals in its administrative area, each whom within his/her are of expertise, its CEO is Carlos Borghi-Fernandes, an attorney working as a consultant in the intelectual property field with recognized background in skills and solutions for related subjects, especially litigations, mediation, among others. He has graduated at the Pontifical University of Campinas/PUCC in 1981, with subsequent extension courses at the Itu Faculty of Law and UNIP (Paulista University), including a Master Course in Criminal Law involving unfaithful competition crimes, currently commemorating a 30 (thirty) year-anniversary in his career.

With such a rich background, as a result of the constant performance of multidisciplinar activities, he managed to acquire, with the time, a deep and wide view of all themes forming Industrial Property, having always kept strict and faithful contact with various national and/or foreign companies, consequently dealing with hundreds of cases, from the most simple to the most complex ones, and, by means of hard work and dedication, has developed his innovative spirit which is his characteristic, and this aspect has formed the philosophy of the company, which is now a synonymous of high standards in intellectual property, not only for its quantitative growth, but especially for its recognized role in the conjugation of the slogan which always followed the company since its formation (strict commitment to quality), referring to job performance, be them offered to small, medium or large corporations.
Telefone: +55 (19) 3291-0790 / Fax: +55 (19) 3295-6527
Av. Cláudio Celestino T. Soares, 470 • CEP 13100-015 • Campinas / São Paulo • Brasil
> Mapa de Localização