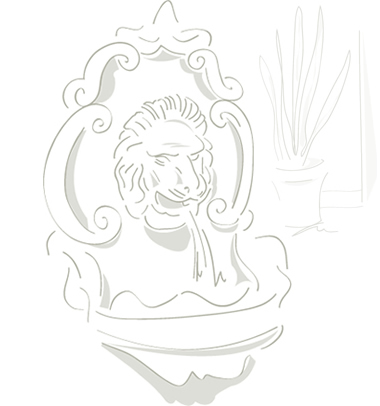 HOW TO PROTECT YOUR IP RIGHTS IN BRAZIL

HOW TO FILE A PATENT AND/OR TRADE MARK IN BRAZIL

Who may apply: Inventors or respective Assignees.

The Brazilian legislation requires absolute novelty when applying for a patent. An invention is considered new when it does not form part of the state of the art, that is, when is not available to the public.

What does a Patent mean ?

The patent expresses the granting of a privilege to the author of something new intended to be applied to any industrial activity. A Letter-Patent is granted with absolute exclusivity for utilization throughout all Brazilian territory, and it requires a permanent and severe watchfulness in order to avoid imitations or any kind of misusage of regularly granted patent.

PATCORP Intellectual Property Protection Service offers above services, as well as provides any kind of official publications and technical reports, these ones being free of any collection the application and follow up of applied subject.

According to Brazilian legislation and related Industrial Property Law, a privilege is granted in the event the subject complies with the following requirements:

Having complied with above requirements and formal examinations, the inventor is entitled to the granting of a privilege which is represented by and official document or diploma.

The inventor can apply for :

An invention is the result of an inventive activity with something new resulting therefrom, either a product, an apparatus or a process.
An utility model is already existing object, as a tool or the like, which has been modified to present a better performance.
An industrial design means any new arrangement of lines an/or colors which can be applied as the ornamentation of a product, for commercial or industrial purposes.

Once a Letter-Patent is issued, it will be valid for 20 years (Invention Patent) or 15 years (Utility Model).

Obligations Related to the Granting of a Privilege:

- the patent has to be effectively exploited;
- payment of annuities are due as from the third year of its filing at INPI – National Institute of Industrial Property.

Remarks:      The payment of respective annuities will give reasons for forfeiture of related privilege. If the owner of a patent does not begin its exploitation within a term of three years, as from the date of granting of respective privilege, or if he stops exploiting it for a year or so after having begun its exploitation, he will be subject to give an exploitation license to third parties who have interest in having it exploited.

(18 months after the date of filing. The Applicant can request the anticipation  thereof).

(In the event Applicant does not request the examination, the application will be shelved).
(Any alteration must be made up to the date of the Application for examination)

H.        Final Decision
(The application is accepted)
(Final fees for further obtention of the Letter-Patent)

(The application is rejected)
(The Applicant has the term of sixty (60) days to lodge an appeal)
(When the term for presentation of opposition or appeal is finished, the opposing parties can request an Administrative Annulment of the application, within the of one (1) year as from the acceptance of the application).

I.          Issuance of Letter Patent
(The Applicant will have the term of sixty (60) days to pay issuance fees. The application will be shelved in the event of non payment of said fees).

A trade mark filed in a foreign country can be filed in Brazil as a foreign trade mark, considering that our country is bounded by international agreements to such foreign country. Foreigners or nationals not living in the country must appoint a representative domiciled in Brazil. The power of attorney does not need to be notarized or legalized. This document must be filed together with respective application.
Kinds of marks: Trade marks are marks which are used by manufacturers, industrialists or the like, to distinguish their goods or by merchants to distinguish the merchandise or their trade.
Service Marks are marks used for the purpose of distinguishing service or professional activities. Generic Marks are those identifying the origin of a number of products and articles which are individually identified by specific trade marks. Such generic mark may only be used when accompanied by a specific trade mark.
A regularly filed foreign trade mark can be normally exploited by its owner in Brazil, either directly or through a license contract. On the other hand, and according to Brazilian legislation in force, a foreign trade mark can be filed as a considered as related to industrial, commercial or professional activity in its original country.

After having been taken the regular steps for filing of the mark, the official Brazilian Gazette publishes the viability for register thereof.

After the publication of said viability, possible opponent parties have the term of sixty (60) days to present grounded oppositions against said application.

Having elapsed the term of sixty (60) days and considering the non existence of oppositions from third parties, the application for register is duly granted.

The Applicant will have the term of sixty (60) days to perform the payments of related fees for issuance of the certificate of register and first ten-year period of validity.

The register of a mark is valid for the term of ten years as from the date of the granting of respective certificate, and can be accomplishment of certain conditions for such extensions.

The owner of a trade mark may transfer it to third parties through the accomplishment of legal procedures for such purpose. The transfer is considered in force after its publication in the official Gazette, that is, Industrial Property Magazine.

The owner of a trade mark has the right of authorizing its utilization by third parties engaged in the same field of activity, through the execution of a specific agreement and according to regulations of the Code Industrial Property.

After having elapsed the of five years from the granting of  respective certificate of register, any third party will have the right of applying for cancelling thereof through the presentation of grounded reasons close to National Institute of Industrial Property.

Having been aware of such application for cancellation through publication in Industrial Property Magazine, the owner or the applicant of respective trade mark will have the term of sixty (60) days to refute said application.

The register of a mark becomes extinct in the event its owner does not have interest in having it extended, that is, due to lack of application for extension thereof or even due to its forfeiture. A forfeiture takes place if the mark is not utilized in the country after having elapsed five successive years from its granting, save that the owner of said mark can present evidences of its utilization.

1. The application is considered viable.
2. The Examiner issues an official action and the Applicant has the term of sixty (60) days it accomplished.

F. Publication of the decision in Industrial Property Magazine

1.The opposition is considered grounded:
The Applicant has the term of sixty (60) days to contest said decision.

2.The opposition is considered groundless:
The opponent party has the term of sixty (60) days to contest said decision.

Note: Having elapsed the term for lodging an appeal the opponent part will have the right of requiring an “administrative revision” within the term of six (6) months as from the date of granting of respective register.

G. Issuance of the Certificate of Register

The Application will have the term of sixty (60) days to play respective issuance fees and decennium fees.

Being aware of the importance concerning the import of know-how with relation to technological development of our country, our authorities have been supporting such high industrial level.

Our offices are officially empowered by the Government to take any steps required for formalization of such contracts close to I.N.P.I – National Institute of Industrial Property – and Central Bank of Brazil, besides before other official departments.

(iv) PROTECTION OF TRADE MARK AND COPYRIGH IN BRAZIL

Marks intended to identify an industry, a commerce an the like, are registered under the form a logo, a badge and similar figurative representations which also require protection against counterfeits and other misrepresentations.

Our Legal Department is in close contact with our Data Computing Center, which is by its turn connected to the computers of official departments in charge of the filing of applications of new trade marks, patents thought Brazil, which  and the like throughout Brazil, which fact enable us to take immediate and efficient steps in the event of filing of applications contrarily to our clients interests the daily consultation of Brazilian Patent Office’s official gazette, i.e., the Industrial Property Magazine, besides other related publications, also provide us an efficient and almost immediate control of said applications for filing of marks and the like, as well as other information concerning this specific field.

We hope that above explanation has contributed to provide you some useful information concerning present commercial and industrial markets in Brazil, besides the way of how investing in such a promising Country.

We are at your entire disposal for any enlightenments and details concerning this subject.

Thank you for considering and join us!